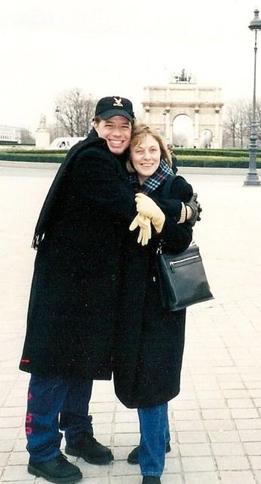 What a wonderful gift it is to never lose one’s sense of wonder. The childlike wonder of believing in all things fun, all things magical and the steadfast belief, anything is possible, if only you believe. Suzanne had this gift and so many others, in spades.

Her life was her family and her family, her life. As a child you could rest assured Suzanne took as much priority in the Ringling Circus as you did. You could count on being able to see, greet and chat up the clowns and it was an absolute given that bucket loads of memorabilia was in order after the show. A lifelong fan of the Ringling Circus, Suzanne got to live one of her dreams when her son would later go on and join the Ringling Brothers and Barnum & Bailey Circus as what else, a clown.

Talent Agent and owner of United Artists Talent, Suzanne redefined what it meant to be a Talent Agent.  The antithesis of the blue suit, fast talking, less than supportive Hollywood agent, Suzanne brought an enthusiasm and absolute belief in her clients rarely seen before.

While most agents are considered ‘Players’, to Suzanne, she was at play. She truly loved what she did and it showed each time she shared the happiness of her client’s success and the devastation of that one project ‘that got away’.  A friend, supporter, champion and often therapist to her clients, she was loved by her clients and worked so very hard to return that love.

Raised in a time when a check-up with your local physician included advice from a chain smoking doctor, Suzanne started smoking at a very young age. Suzanne tried to quit many times throughout her life and not until she received word at 51 that there was a small shadow on her lung, did she finally succeed.  A biopsy was taken and confirmed, Suzanne had lung cancer. A fighter in every sense of the word, Suzanne fought the disease with everything she had. Soon after she learned the cancer had metastasized to her brain.  An operation to remove a 1/3 of her right lung, a brain operation to remove the metastasized brain tumor, rigorous chemotherapy and radiation all seemed to work as her cancer went into remission. With a new lease on life, Suzanne continued not smoking and began working again with a renewed energy.

A year later a check-up revealed the brain tumor had returned. Anxious to take on the battle once again, Suzanne seemed poised to do the impossible and fight her cancer into remission for the second time. Shortly after resuming a Gamma Knife treatment for her Brain Cancer, Suzanne contracted ‘Shingles’. A devastating, crippling virus that attacked her inner ear, the disease left Suzanne unable to walk or even balance herself standing. The toll of all the treatments and radiation had taken their toll on Suzanne, making for a perfect candidate to contract ‘Shingles’.

Suzanne’s body could no longer fight the fight and resulted in a long and painful journey as Suzanne’s brain cancer took hold. Fourteen months after contracting ‘Shingles’ and 3 years after first being diagnosed with Lung Cancer, Suzanne passed away at her home with her family by her side.

Suzanne continues to be an inspiration to all of those she touched.  Her courage, her strength and her humor through it all, never faltered, even in her final days. God has no doubt found a spot in heaven for Suzanne, complete with a lovely assortment of chips and dips, ‘Fawlty Towers’ on the tube and pictures of her family by her side.