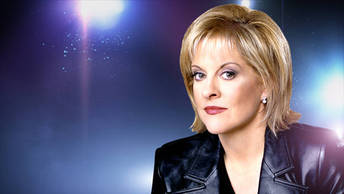 One of television’s most respected legal analysts, Grace comes to Headline News from Court TV, where she hosted the live daily trial coverage program, Closing Arguments, until 2007. She has appeared as a legal commentator on CNN’s Larry King Live, ABC’s The View, The Oprah Winfrey Show and numerous other cable and network programs. Her book, Objection!, was published by Hyperion in April 2005 and was an instant New York Times bestseller.

Grace gave up career plans to become an English professor after the murder of her fiancé. She enrolled in law school, eventually becoming a prosecutor and an outspoken victims’ rights advocate. Grace helped staff the hotline at an Atlanta battered women’s center for 10 years.

She has written articles for the American Bar Association Journal and other law reviews. She was also a litigation instructor at Georgia State University’s School of Law and a business law instructor at the university’s school of business. Previously, Grace clerked with a federal court judge and practiced antitrust and consumer protection law with the Federal Trade Commission.

Grace is the recipient of several American Women in Radio & Television Gracie Awards for her Nancy Grace Investigates prime-time report on Court TV and for “Individual Achievement for Best Program Host.”  She has also been recognized for her ongoing support and advocacy of victims’ rights by various groups, including the Carole Sund/Carrington Foundation, Crime Victims United of California and The Retreat.

Grace was a law review graduate of Mercer Law School and received her degree in constitutional and criminal law from New York University.