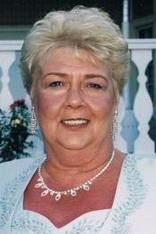 Donna Last was born in Queens, New York on April 16, 1947 to Frank and Alice Cawley.  She was the second child of four.  She was a wonderful, loving daughter, beloved sister, and loyal friend.  Later in life, she took care of our Mother when our Father passed away.

All through life she was filled with love and laughter.  Her mission was to help those in need.  As a child she would shop for the elderly and infirmed. These acts of kindness continued throughout her life.  Donna touched the hearts of many.  People were attracted to her and felt at ease in her presence.  She radiated inner warmth and a peaceful understanding.  I was proud to call her my sister and happy to call her my best friend.

Donna married Fred Last in 1971.  They had three loving sons who, in turn, blessed her with four grandchildren.  Donna and Fred enjoyed being a part of their children's lives. They were active in their sons’ school and sports activities.  When Donna danced at her sons’ weddings, she had her wish come true. Being diagnosed with Non-Hodgkin's Lymphoma years earlier made dancing at her sons’ weddings her dream. Her happiest times were when she was with her family.

In July of 1991, Donna was diagnosed with Non Hodgkin's Lymphoma while her husband lay ill in the hospital with cardiac problems.  She immediately got into fighting mode.  She would tell me, "I am not leaving my kids; it’s too soon".  And fight, she did.  She had surgery, many sessions of chemo, radiation and a massive dose of determination!

Donna returned to work at CUNY in Manhattan and enjoyed meeting and making new friends.  A series of health issues followed after her initial cancer diagnosis:  a stroke, COPD, and other ailments.  This did not deter her.  With cane and oxygen in hand, she still drove, babysat her grand kids, went shopping for others in need, and assisted sick neighbors in getting to their doctor appointments.  She suffered many setbacksbut never complained and NEVER lost Faith.  She would always make others smile with her wit and kindness.  I miss her laughter, her jokes, her pranks.

In September 2007, after being in and out of the hospital, Donna was told the news no one wants to hear "You have inoperative lung cancer".  Donna was going to prove her determination to survive.  She was treated at North Shore University Hospital where she received chemotherapy, but not radiation because of the high doses administered in 1991.

When she was under treatment Donna commented to me on several occasions how people reacted differently to her when she said she had lung cancer.  She felt she wanted to lie and say she had another form of cancer so she wouldn't be subjected to people's smug comments when they learned she had smoked.  She was made to feel guilty she had this horrible disease.  Donna was a smoker who had tried to quit many times.  My sister actually felt she "owed" me an apology because she couldn't stop smoking.  I told her many non smokers contract lung cancer. The doctors said it could have been caused from the radiation from her previous treatments or from many other sources.

I promised her I would try to get the word out. "Anyone can get lung cancer!!"

She was denied public transportation to chemotherapy because it was reserved for breast cancer patients only.  How unfair!  How can you discriminate against one deadly disease for another?  No one should be shunned because they have cancer!  When I learned about this foundation, it was tailored to our needs.

It is so important for people to be educated about LUNG CANCER.

My granddaughter, Skylar, who is turning eight this April shares Donna's birthday.  It was a thrill for Donna to have her great niece share this special day.  So in her honor, Skylar is asking her friends who are kind enough to bring a birthday present to her party, instead-please make a donation to The Joan Gaeta Lung Cancer Fund.  I am proud of my granddaughter and I know Donna is smiling down on her. We all miss you Donna.  We love you and you will always be in our hearts.

Donna -  rest in peace Our Sweet Angel...we will see you again.

P.S.  At the present time, my step mother-in-law is battling lung cancer.  She is receiving radiation at the moment.  What a horrible disease.  There needs to be more funding for lung cancer.