I am not ready to give this battle up yet.  There is just too much to live for.
Leslie Lehrman in Her Own Words
October 2009 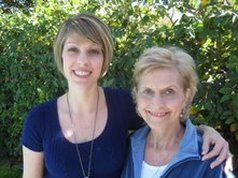 My name is Leslie Lehrman and I’m a 65 year old never-smoker with non-small cell lung cancer. My doctor’s tell me the lung cancer is “inoperable,” incurable.” I was diagnosed in 2005 for primary lung cancer through a yearly CT Scan that my doctor advised because of uterine cancer which I was diagnosed with in 2003. I then had a complete hysterectomy in 2003. Therefore, it was only by accident that the spot in my lung was found. In 2005 my thoracic surgeon did a wedge resection and had told me that while in surgery if the diagnosis came back malignant, then he would remove the lower left lobe. Of course, because when I was told that the spot was malignant, I assumed that the lobe was removed and was surprised to find out otherwise. Instead, the doctor made a judgment call because of knowing about the uterine cancer and the possibility of it metastasizing, didn’t remove the lobe. I have found out from many doctors since that it is unlikely that the uterine cancer would have metastasized to the lung, but that is all history and can’t be changed.

Unfortunately at the time of the surgery the anesthesiologist did an epidural for pain management. I had no idea that they were doing this or that they even did epidurals for a surgery like this. But awhile after being in my room I developed terrible pain in my arm, like fire and then a short time after that my body from the waist down was paralyzed. The epidural had migrated injuring the spinal cord and several vertebrae causing the paralysis and regretfully, the hospital staff did not call my anesthesiologist for 9 hours after that. Had he been called, it could have been reversed. I was in too much shock to realize what all was happening and the nurses seemed to show no concern of problems. So, because of all this, I have had terrible nerve damage and have constant pain and burning and numbness too, every minute of my life. The one good thing is that the paralysis went away and I am able to walk.

The thoracic surgeon felt he had gotten all the cancer, but did say it was possible that there could be some cells remaining. I went to my oncologist a month after and he chose to watch and test on a regular basis. I have often wondered if I had undergone treatment at that time if things may have turned out differently. I guess we will never know, but since going through so many tests, seeing so many doctors, etc. I have learned that you have to be your own advocate. Wish I had realized that sooner and not put my faith totally in only one doctor’s opinion.

Then a CT Scan and Pet Scan showed that the cancer had returned so I went into surgery for the removal of my left lobe in January of 2007. I also told the surgeon before that I did not want an epidural and I came through this surgery much easier than the one in 2005. I was informed that the cancer had spread to some of the lymph nodes. I then went into chemotherapy and radiation. After a couple of tests that came back clear, I wasn’t so lucky with the next one. There was a spot deep in my chest which was inoperable. After a needle biopsy, they determined that this was cancer as well. So again I started the chemotherapy and radiation treatments. The radiation oncologist was able to do the radiation there since it hadn’t been done before. My next test following all this showed that all was clear. My husband and I were thrilled and decided at that time to take a long awaited trip to Europe. I was determined to do it even though it was very tough because of my pain.

I have since had another Pet Scan and all the major organs are clear, but there are three lymph nodes on the right side of my neck that show activity, but not growth. My oncologist mentioned an ENT doctor but didn’t push the issue. He chose to wait for two months and do another Pet Scan. Like I said, sometimes you have to be your own advocate and take matters into your own hands. I didn’t wait for the 2 months, but went ahead and scheduled an appointment with an ENT doctor. I saw my primary care doctor recently as well and she felt that one of the lymph nodes was close to the surface and able to biopsy. All of my other doctors are pretty sure that the cancer has spread, so that is another reason I did not want to wait the two months. Long story short, I did get a few breaks from my chemo maintenance program, which was great. It appears now that I may need radiation for those pesky lymph nodes.

As you all know, this is a rough road and I wouldn’t have gotten this far without so many prayers and support from my family and friends. I’ve done a lot of crying, which does help ease the built up of emotions and I’ve tried to stay as positive as I can. That is not always easy to do. Because of the pain and burning I have endured I’m not able to do things like I used to, such as exercise, play golf or even play with my small grandchildren the way I would like to. It hasn’t even really been the cancer that has kept me from all that.

I just have to say in closing that I’m very saddened that there is not the funding or the screening tests such as the CT Scan and chest x-ray (which has been removed from yearly exams) for lung cancer patients. Also, the stigma of smoking needs to be removed. While I never wish anyone to get breast cancer or any kind of cancer for that matter, I am, I guess hurt that even though there is a month that is for lung cancer (November), I’m not sure many realize that or that if there is even a color. Even though I know that First Lady Laura Bush has a reason to be an advocate of breast cancer because of her family history, it did bother me to see the White House turned pink when there are so many people suffering from all kinds of cancer.

All I can say is that I’m grateful to all of those who have tried to make a difference where lung cancer is concerned. I am very proud of my daughter, Jennifer Windrum, who started the “WTF”(Where’s the Funding) for Lung Cancer? (http://www.wtflungcancer.com/campaign) to increase awareness and funding in a unique way, to say the least! I do have to say, her use of “WTF?” is “mother-approved.” I am thankful for all the organizations and foundations who continue to work so hard for all of us “LC-ers.”

I am not ready to give this battle up yet. There is just too much to live for.